DELIVERING RESULTS
BUILDING AND GROWING THE I57 BUSINESS COMMUNITY

The Village of Matteson will be hosting a Drive-Thru Senior Luncheon on Wednesday, August 24th from 12-2pm at the Matteson Community Center.

Registration is required by calling 773-993-1706 or registering online at https://matteson-senior-luncheon_22.eventbrite.com

After years of hard work, the seniors at Southland College Prep got a chance to see how it has paid off as each student revealed where they will attend college in the fall.

All 115 members of the class of 2022 have been accepted, with some choosing between the nation’s top schools, including Candace Cochran, who will attend Columbia University in New York.

“I’ve been accepted to 20 schools,” Cochran said. “Some of the other ones included Vanderbilt, Northwestern, Johns Hopkins.”

This end-of-the-year achievement has been the norm for the predominantly African American high school. Lauren Russell racked up more than $3 million in scholarships and 26 acceptances. She’s leaning toward Dartmouth College, and said this would not have happened without hard work.

“I’ve never been the smartest person in the classroom, so when other students are getting a concept like this, it takes me twice as hard to get it,” Russell said. “But I work hard because I want to stay ahead, I want to stay with my classmates at that level.”

Dr. Blondean Davis, CEO of Southland College Prep, said the school’s commitment to the students doesn’t end once they graduate.

“You really can’t send the first generation of college students away without checking on them and making sure they have support,” Davis said.

In addition to their impressive accomplishments, the class of 2022 set a record, earning a total of $62 million in merit-based scholarships. They beat the previous record holder, the class of 2020, which earned $60 million.

“I knew we could do it,” Russell said. “Some of these kids I’ve known since kindergarten and they’ve been the same way since kindergarten, working so hard, so smart. So I knew we would get to this point and I’m so proud of each and every one of them.”

Join the Village of Park Forest for an end-of-the-summer bash. We will have line dancing, stepping lessons for those who always wanted to learn how to play a Djembe drum-drumming session, DJs, Live Music (Jazz, Blues, R&B, Old School) and close out the night with R&B Diva CeCe Peniston. Grab your lawn chairs and join us for the evening. This is a free event. However, we are asking for donations of $1.  Can’t beat that. See you soon! Questions? Call Evelyn Randle at 708.283.5621 or email erandle@vopf.com.

OLYMPIA FIELDS, Illinois – As part of our effort to minimize the spread of the novel COVID-19 coronavirus, Franciscan Health Olympia Fields has instituted new visitor restrictions.

All visitation continues to be suspended throughout Franciscan Health hospitals unless listed in the following exceptions for healthy visitors: View Current Visitor Restrictions.

This is a public health issue, and it is our intent to protect the health and safety of our patients, our visitors and our employees. In doing so, we can reduce the risk of exposure to COVID-19, flu and other seasonal-communicable medical issues.

Those with general questions about coronavirus can find resources online, which are updated regularly, including:

Building on the impact of legendary golfer Tiger Woods, the Village of University Park, Illinois, named CHW Management Group of Columbus, Ohio, as the new overseer for the “University Park Golf Club.”

The group is owned and founded by Sonia Coffee, the first Black woman and firm to manage a golf course in the state of Illinois. The group made its announcement on Monday, March 8, via a press conference. “This is a very important moment for me,” said Sonia Coffee, founder and president of CHW Management. “For me to be the first Black woman to represent here and have the privilege of doing it here in University Park.”

According to CHW Management Group, the group will offer educational scholarships, internships and jobs to encourage more interest from the Black community for pursuing careers in the golf industry.

“The world’s most famous golfer, Tiger Woods, has been sidelined indefinitely as he recovers from serious injuries following a car accident last month in Southern California,” said the CHW Management Group’s press release. “But the accident has only increased Woods’ influence, as golfers, supporters and fans have undertaken ways to recognize him and highlight the things he supports.”

According to Mayor Joseph E. Roudez III of University Park, the village is excited about playing a role in making history.

Roudez said by Coffee being both an African American and a woman, she will help address a major diversity concern in the “mostly male [dominated sport] and white golfing industry.”

“It was a board decision,” said Roudez. “The presentation by Ms. Sonia Coffee and the CHW management team was head and shoulders above everyone else’s. The professionalism, the level of expertise and their staff will benefit the citizens of University Park. We will create a partnership that empowers the opportunity for an African-American firm to make inroads for Blacks in golf. We want to provide Blacks and other people of color with access to the sport.”

The mayor said the group will work closely with Governors State University, which already has a golf program. “These were all deciding factors to move forward on this part- nership,” Roudez said.

Coffee has been around the game of golf since her days as a youth growing up in the city of Columbus. She was introduced to the game by her mother (a golf enthusiast) and very active in a program called First Tee. The program helped introduce Black youth to the sport of golf.

For more information about the CHW Management Group, visit the company’s website at [www.chwmanagementgroup.com]. 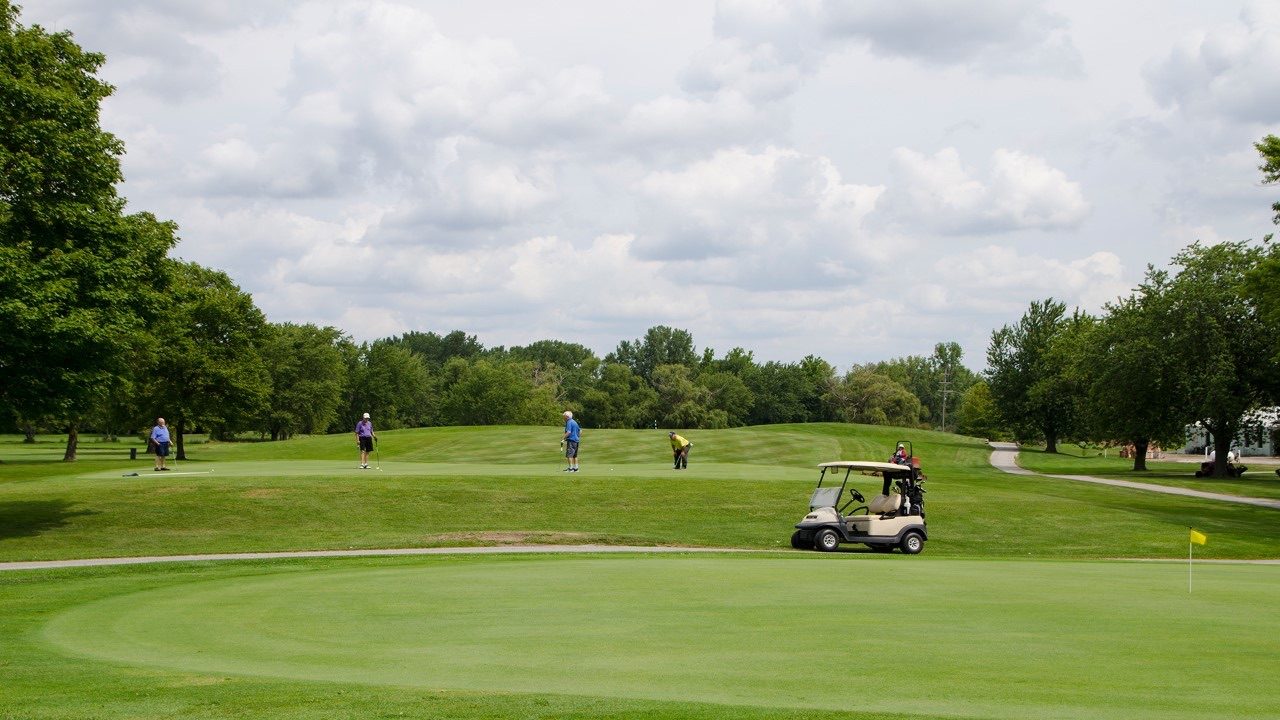